The Magic of Nomads - Ethno-Fusion Group

People in all countries should appreciate and enjoy their traditional music

Without recounting the entire history of Central Asia, many understand that the land that is today Kazakhstan has undergone radical political change which for a while consigned the once proud culture of the nomads to the shelves of history. And while not without their merits, the long years of the Soviet Union rendered the nomadic ways of life almost a mere museum piece.

The newly independent Kazakhstan with its rediscovered and rejuvenated identity has breathed life once more into the former glories of its true culture as the people get back in touch with their roots.

The Magic of Nomads is an Almaty ensemble of musicians whose versatility enables them not only to play the old Kazakh favourites, but to compose and perform a fusion of traditional music and modern jazz.

Since their first concert in December 2005 they have been at the forefront of introducing Kazakh music to the world, as well as reintroducing it to the Kazakh people. Concerts are infrequent, but going along is considered one of the most interesting things to do in town. And nor do they play in cafes or restaurants, with a typical performance attracting many hundreds of people. 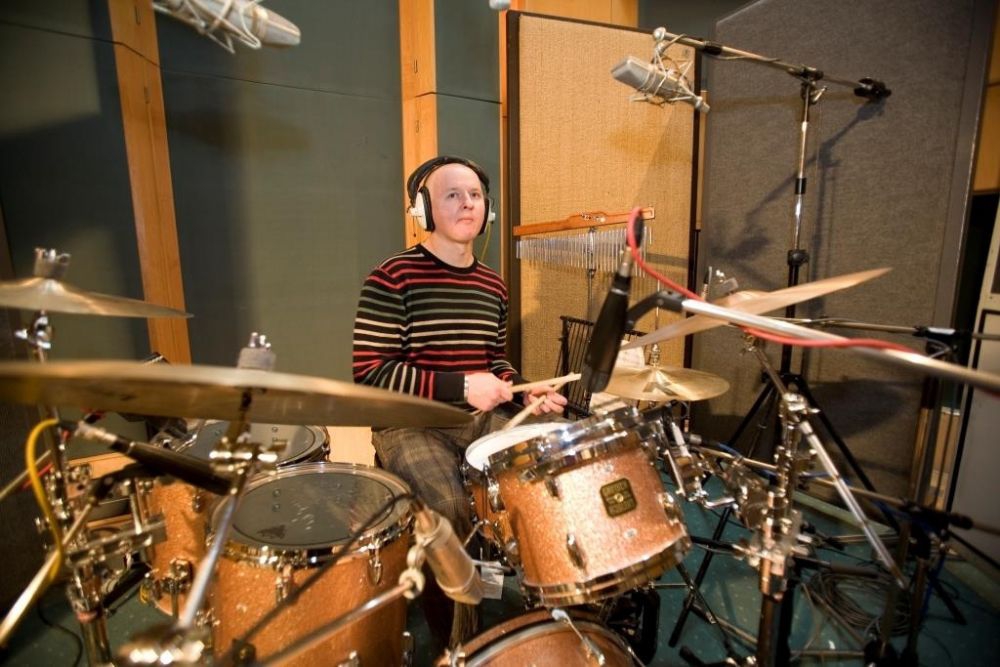 The initiator of the project, Gaziza Gabdrakhimova, remembers their first tour in Germany fondly. “We were invited by the Kazakh Embassy there to play live at the 2005 Independence Day celebrations. An audience of 400-500 people, mainly businesspeople, received us very well.”

Gaziza has been playing her instrument, the kobyz, for about 25 years. She graduated from the highly reputable Conservatory in Almaty and after playing solo for a period, saw the need for a group. She personally oversaw auditions, with some of Kazakhstan’s most promising young musicians performing traditional, and sometimes quite rare, instruments.

The line-up of the group has remained unchanged since the early days and is hailed as one of the finest collections of instrumentalists in the country. Hardly a surprise then that they have played live for visiting Presidents, royalty, and VIPs, as well as being invited to record at the legendary Abbey Road Studio in London.

The six musicians are all professional and highly trained performers, and each of them is involved with projects away from the Magic of Nomads. The music is mainly Kazakh traditional yet the talents of the members permit variation on both the style and rhythms of the original compositions. Kazakh music is not widely known outside the region, so to name some of the classic tunes the group plays may not be necessary, but their unique style has made them a prominent feature of the music scene in the country.

Gaziza believes that traditional music has a future, quite why she is keen for the Magic of Nomads to incorporate as many of its elements as possible. But she is also keen that the group does not stand still, and that it respects not just the musical preferences of the past, but also the present. The result, an enchanting fusion of fascinating sounds, appreciated across Europe and America, as well as back home, with Astana often on their itinerary.

“People in all countries should appreciate and enjoy their traditional music”, she says. There are fewer people listening these days, and this makes the work we do even more important.” 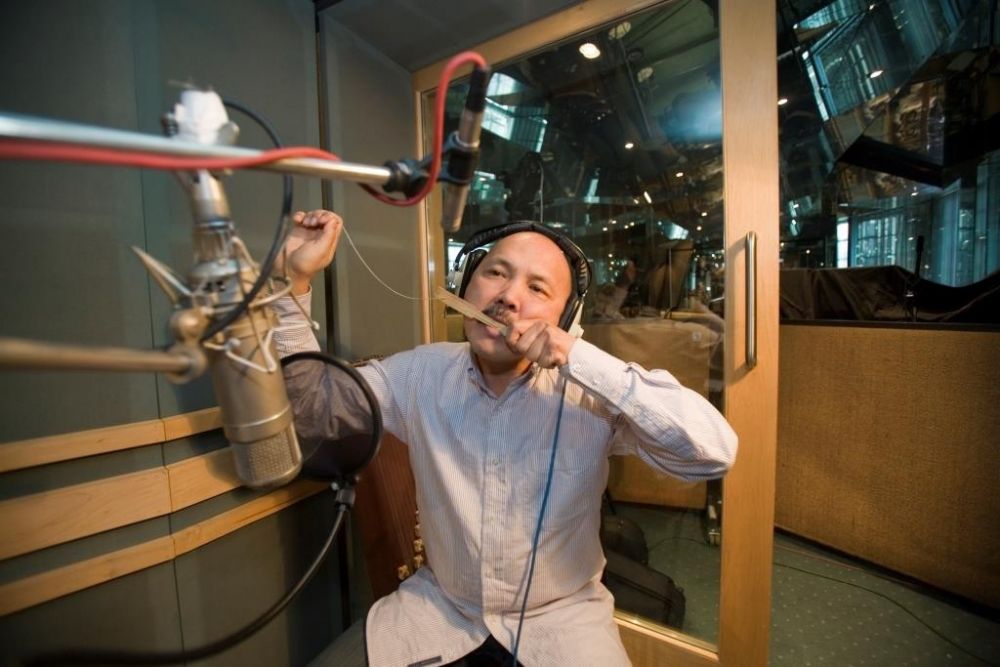 Producing the inimitable sounds are a range of instruments even Kazakhs may be unfamiliar with. This could not however be said of the dombra, the national instrument of Kazkahstan, because many natives play it. Salimgerey Sadykov is a master dombraist whose day job sees him responsible for the Dombra Department at the Kurmangazy Conservatory in Almaty. There are few more competent performers and without his contribution, the Magic of Nomads would be very much incomplete.

However while the dombra is a fundamental part of our national heritage, it’s no more important to the Magic of Nomads than the other instruments. In no particular order then, meet the zhetygen, the sybyzgy, the sazsyrnay, the kamys syrnay and the shankobyz, all played by Yedil Kussainov who also performs the throat singing which originated with the shamans of days gone by. He is one of the very few people able to produce this kind of sound, and this alongside his compositions and arrangements makes him integral to the whole project.

Joining him on stage are also performers of the more familiar piano, bass, and drums which in this context give the music its jazz style. Renat Gaissin is a top composer and one of the most revered performers in Kazakhstan. His presence raises the profile of the ensemble and undoubtedly adds to the quality of their output.

The same could be said of the remaining two musicians, each of whom has received accolades at home and abroad. Viktor Khomenikov is a jazz guru, simply one of the best in his field, and Yermek Diyarov is known for his original compositions and mastery of many instruments. 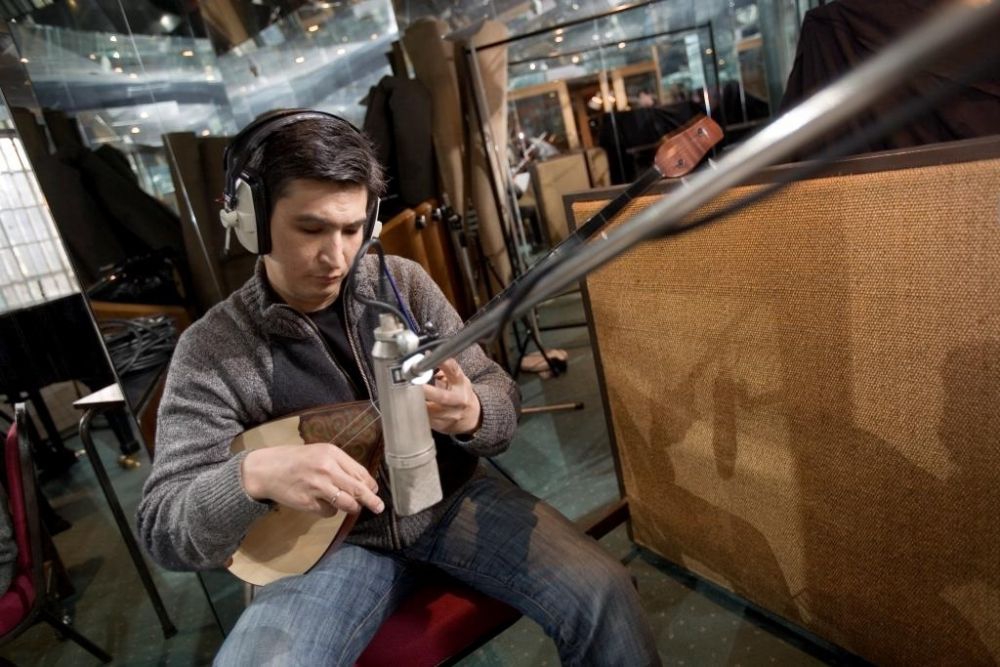 The group’s first major work, Bulbul Zaman, was recorded at the Abbey Road Studio in London and remains to this day their definitive album. It is a collection of traditional favourites and some of the newer tracks the group has made famous. In essence, it is probably one of the flag-bearers for not only Kazakh music but the entire culture.

Yet in spite of their success to date, the innovative ensemble is not content to play just the same things in the future, and plans to compose and arrange music with rhythms that will make it suitable for people to dance to. Traditional Kazakh musical culture does include a lot of dance, but many of the more iconic melodies date back to the days when music was used to accompany the recounting of the epic tales of old, and for this reason the beat is not quite what you might associate with the dance floor.

But for as long as people love music, they will love to dance. And who better to spice up our old favourites than the Magic of Nomads?

If you live in Kazakhstan, we have three copies of Bulbul Zaman to give away. To enter, simply answer these three questions. 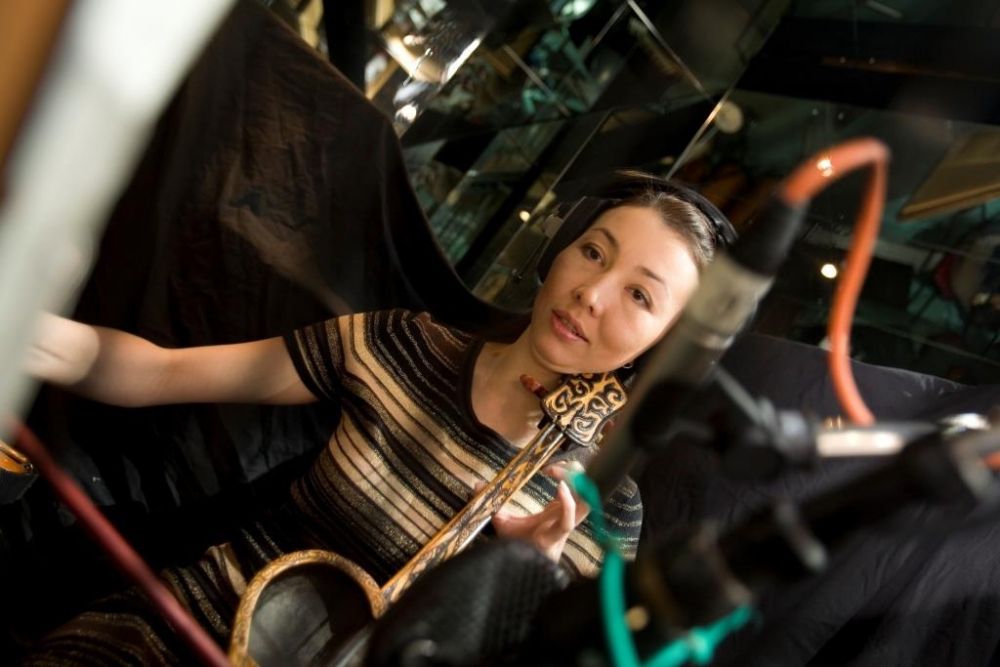