The Phenomenon of Nurlan Bazhirov

...Bazhirov has been devoted to working on his paintings, making up for many years of lost time

When considering contemporary fine art in Kazakhstan, the name of Nurlan Bazhirov is not one which  readily springs to mind. On hearing it, even the art critic shrugs his shoulders, and the general public remains overwhelmingly unaware of him. Up to now, the artist himself has been deeply immersed in the creative process and uninterested in fame. For the last eight years Bazhirov has been devoted to working on his paintings, making up for many years of lost time.

The artist emerged in 2004 from obscurity and his story proves that real talent will always find a way. His first works, Tartys, Kyzkuu, Kuiryk Salu, were originally displayed at Republican Assembly exhibitions and enjoyed the undivided attention of many visiting dignitaries. Now these paintings decorate the interior of the Ak Orda Presidential Palace in Astana, the residence of the Russian President in Moscow, and his works generally feature in the collections of heads of government in Kazakhstan and Russia.
He receives orders from government officials and leading businessmen in his native Kazakhstan. He represents quite a paradox in the sense that he is unknown among the public, but widely respected among leaders, enjoying the informal glory of being somewhat the court artist at the top. He is also the most expensive artist in Kazakhstan and interest in his work is growing. 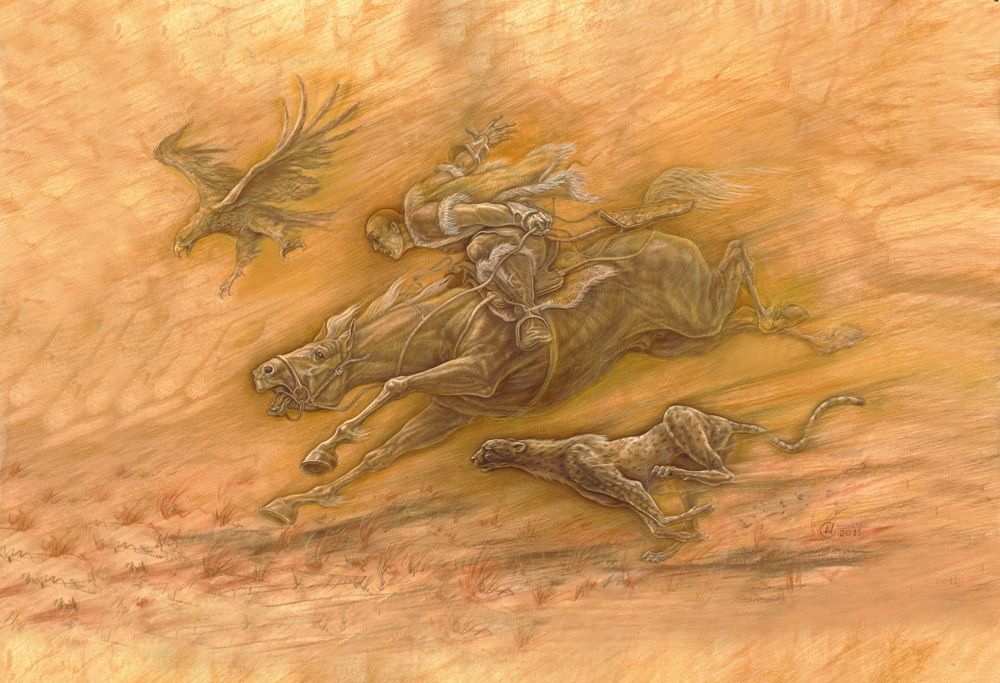 Looking at the world of Nurlan Bazhirov’s heroes, the world of real men, the viewer immediately finds himself in a different dimension. His paintings represent masculinity and depict national heroes in a new light, and every nation has its own particular types of hero, for example the Japanese samurai and the wild western cowboy. So what are the striking features of the appearance of the Kazakh batyr, or nomad?Bazhirov has provided a ready answer.
The artist was faced with the difficult task of establishing the stereotype of Kazakh batyrs as in contrast to that of some static Russian heroes, for example Ilya of Murom and Dobrynya Nikitich, seen seated on horses. Bazhirov created his own characters to contrast with these, like arrows flying through the vast expanses of the Kazakh steppe. His batyrs are live, dynamic people. The monotonous regularity of everyday life is not for them. The wind, wild horses racing, a fierce battle and its intensity of emotions are some of what appeals to this great artist. He glorifies the beauty of life and has no equal in accurately depicting the rebellious spirit of the nomads and their aspiration for freedom. In Nurlan Bazhirov’s batyrs Kazakhstan has gained, finally, an adequate vivid embodiment of their national hero.

But the innovation of the artist is not exhaustive, it goes even deeper. Along with the new interpretation of the Kazakh batyrs, he has given time to the integral attribute of a nomad, his horse. In doing this Nurlan Bazhirov is responsible for world class masterpieces. His horses, as well as other animals, dogs, cheetahs and wolves are amazing spiritual creatures. It is horses, depicted with love, compassion and a deep understanding of their noble nature, which he puts in the centre of the group composition. Strangely enough, with the help of this artistic trick his riders embody such a beautiful harmony with their horses. In this unity of men and animals man is a part of nature, not its master. That is the philosophy of the nomadic culture, and something very central to the creative work of the artist.

Bazhirov is a modern graphic artist and our countryman has taken this art form to an unprecedented level. His unique works are created by innovative mixed art techniques, the very invention of the author himself. Thanks to this, the effect of the image manifesting itself through the wet marble created on the canvas is magic. The focus is on a single idea with no superfluous detail. Even the gold and ochre background of the pictures has a semantic meaning, be this the steppe under the burning sun or a shimmer of Scythian gold. It is interesting that all the horses in the ancient royal graves in the burial mounds of central Kazakhstan were the aristocratic colour of red-gold. 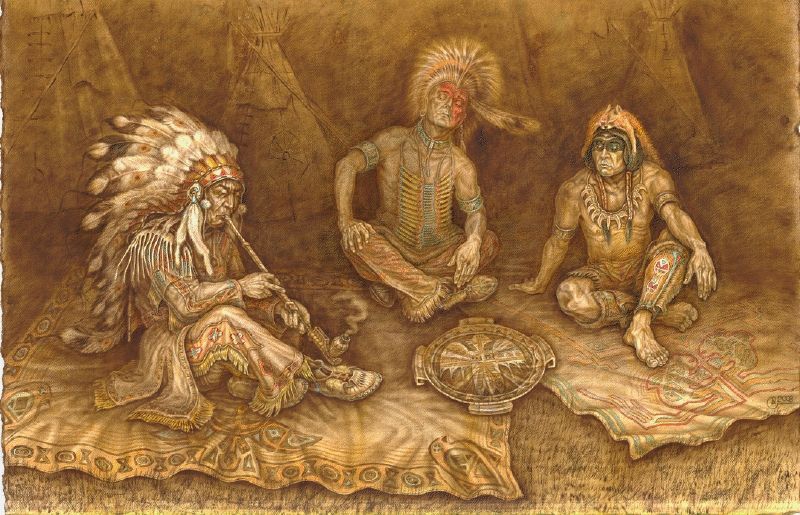 If the late Evgeny Sidorkin, also an inhabitant of Almaty, was in the top five graphic artists in the world, then Nurlan Bazhirov is a worthy successor. Like a bright star that fell to Almaty, the city of apples, the art of Bazhirov is now available for public appreciation. The first personal exhibition of this maestro of modern graphics - from 14th to 28th December 2012 - in the A Kasteev State Museum of Arts is planned to coincide with the Independence Day of Kazakhstan celebrations, simply because the freedom and independence of the Kazakh people is a central theme in all of the artist’s work.