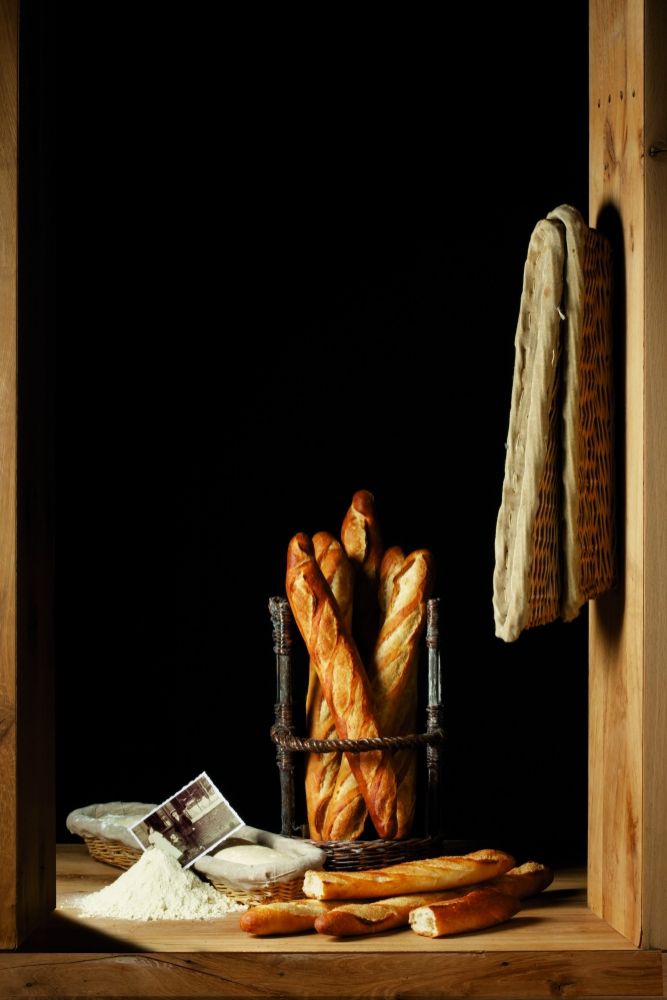 You may need no introduction to Paul Café. Certainly not if you've travelled widely. Paul is a very well-known global brand with a history dating back to the Nineteenth Century when in 1889 a Lille baker opened the very first outlet of a chain later to become a feature of many of the world's classiest cities. Five generations later, people in 28 countries are able to sample the delights of this French boulangerie whose principles remain unchanged to this very day. Freshness, cleanliness and good service. And the very best in French food preparation.

So for those of you who are already familiar with Paul, it may be enough to know that they have been open a year in the fashionable Esentai Mall on Al-Farabi (Vesnovka crossing) and are keen to welcome both new and existing clients. People who have yet to have the pleasure are strongly advised to drop by, either on a shopping trip to the mall itself or maybe by making a special trip any time between 08:00 and 22:00 any day of the week.

Without wishing to state the obvious, the main appeal of Paul is the food which does the highly trained kitchen staff great credit. The crusty French bread baked on the premises and the amazing desserts prove their unwillingness to compromise. The greatest taste sensations with the lowest calories, neatly presented and well-priced. It all makes a difference and it all matters to the management here who not only have to compete with hundreds of cafes and restaurants in Almaty but also preserve a global reputation for serving the best that France has to offer.

So let's start with breakfast. That magical Paris morning stroll as close as it can be with the hot bread and its light walnut flavour, just the same as in Paris itself. The breakfast menu is complete with various omelettes and croissants reputed to be, wait for it... as good as you get in France! These, either washed down with coffee or fruit juice promise to make the best possible start to the day.

Lunch is also a pleasure although making a choice from the menu does not come easy. We may recommend the tartines with choices ranging from mozzarella to fine salmon, a dish with the emphasis very much on quality and a lunch which will leave you more than satisfied. On the opposite page is the famous 'croque monsieur' which is one of the main draws of the Almaty Paul, and a number of new dishes like steak and different kinds of pasta, as well as mixed salads and quiche.

Sitting in Paul is comfortable and 40 people can spend time inside (including in the area outside the door) with seating for 20 on the outdoor patio which obviously doesn't have furniture for a few months in winter. Naturally, most people come here with company and the background music and tasteful décor add to the ambience, making it the perfect place to talk. Yet it is the sort of place you can come alone and still feel comfortable. The staff are helpful and you are likely to have a language in common making the whole transaction smoother. You might even watch the TV, unobtrusively mounted behind the till, and see the Paul promotional video which has clearly been designed to tempt. Just a few minutes may give you an idea what they are about, especially the section dedicated to the desserts.

And this is what in truth brings most people in. The food here is varied but those with a sweet tooth will probably enjoy it most of all quite because the standard of the eclairs, cakes, tarts, crepes, meringues and waffles is a tribute to the flavours of one of the best culinary traditions in the world. We won't say any more, other than that it takes something special to recreate France abroad. If you like French food, Paul will not let you down.

It just remains to add that the coffee is good too, including the liqueur varieties and espresso. However if you are not partial then rest assured that the wines and soft drinks are up to standard and worth coming in for in themselves. But even so, Paul has been in business far longer that we have, and while it's nice to have them on board, we know that the ultimate testament to their work is not their profile on this site, but the millions of satisfied customers who've been patronising the chain all over the world for well over a century.