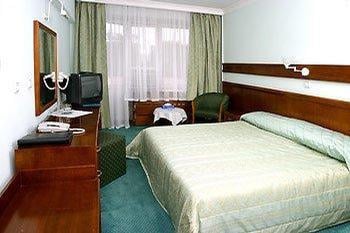 The Otrar Hotel is a hotel which blends tastes of the classical Soviet style with the softer touches of modernity in a way that permits the visitor to get a sense of both, in the modernising southern capital of a rapidly developing country. It first opened in 1981, so remains one of the city's oldest hotels and despite renovations in 2002 has lost very little of its original character. Each floor has a different colour scheme with furniture and fittings carefully chosen to match. The hotel’s main asset however is its location opposite Panfilov Park in turn making it very well-placed for many of the city's clubs, bars and restaurants. The views are fantastic, snow-capped mountains gracing the horizon on the south side.