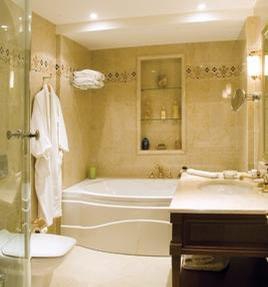 Considered by many one of the best, and most attractive hotels in Astana, the Grand Park Esil is actually in a 20th Century building rather than in one of the modern glass-fronted buildings which most high-end-of-the-market hotels do business in. It is well located and close to the administrative district and many prominent retail centres. It used to be known as the Ishim but renovation brought about a host of changes resulting in the four-star establishment that today is the destination of choice for representatives of oil companies and diplomats alike. Service is very good and Grand Park Esil’s reputation for hospitality is in constant evidence.